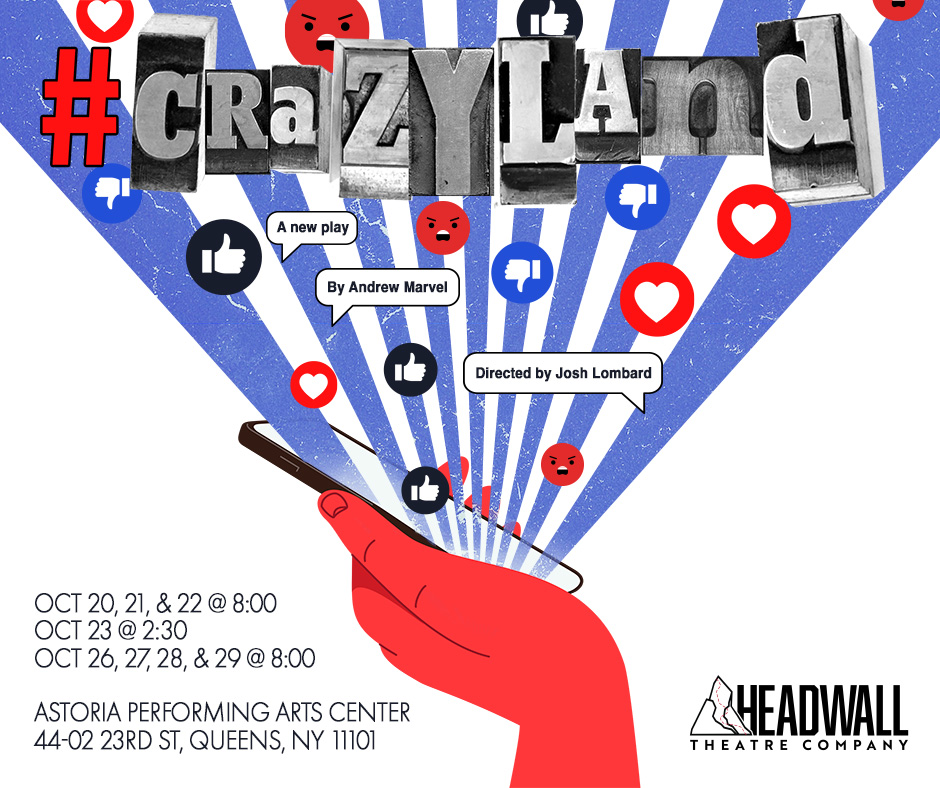 How does a veteran journalist survive in a world where emojis and memes take precedence over actual reporting? Chuck Tanner may have been a Pulitzer finalist in the past, but today he is fighting for his job, his integrity, and his sanity. It’s an uphill battle as he is led astray by a seductive right-wing hipster, outshone by a recent college graduate, and gets thrown to the wolves by his boss and best friend of 25 years.  #Crazyland takes a comedic look at the clash between old school and new school, as lines between the newsroom, the chat room, and the bedroom become increasingly tangled. 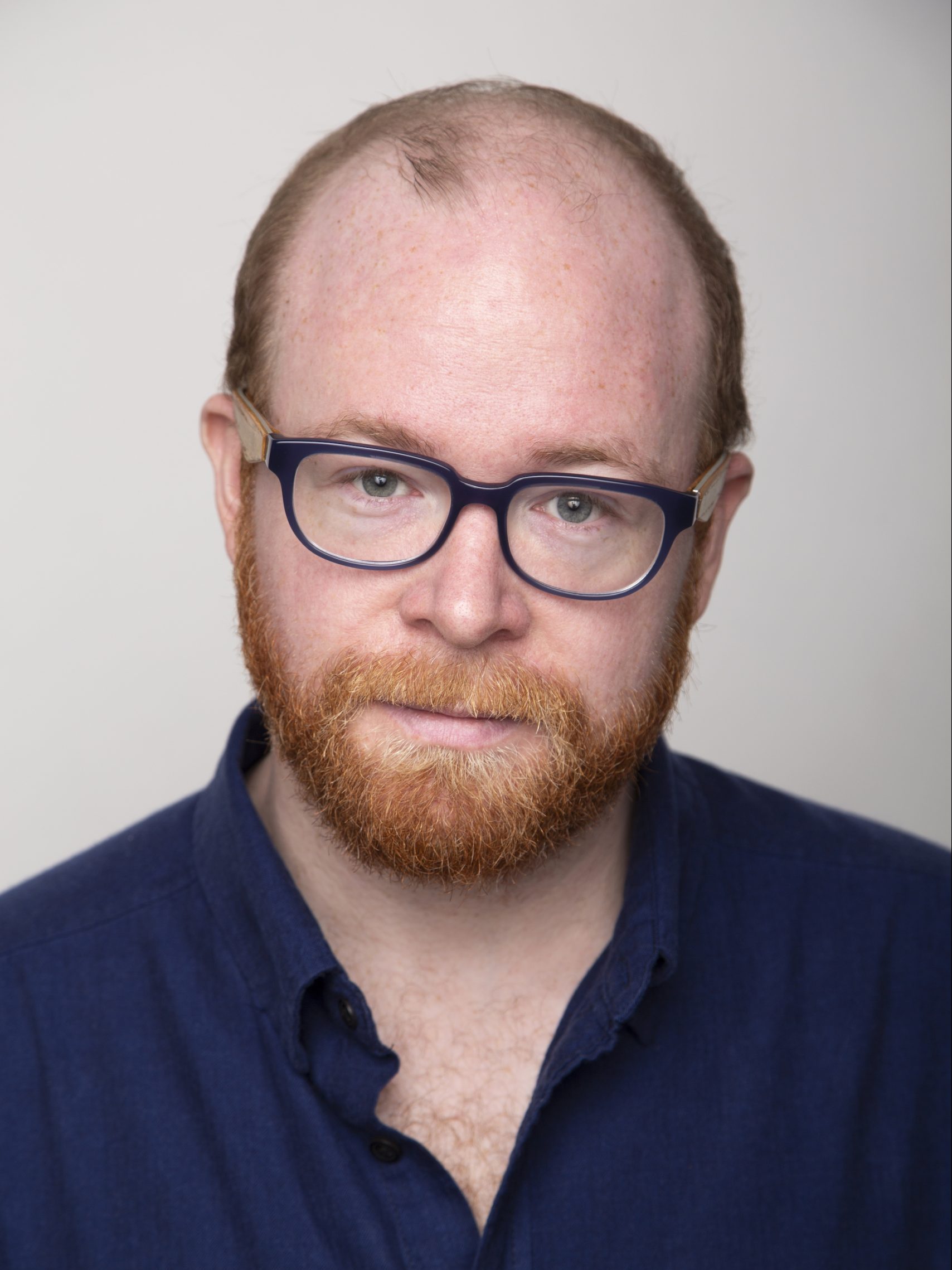 Brendan Clifford is honored to be making his NYC stage debut in a new play. He cut his teeth as a character actor in 90’s children’s theater, and went on to procure a theater degree from Marymount Manhattan College. He’s worked around incredible theater artists that would have made his younger self faint, and will elaborate with names like Sondheim, Prince, Stritch and Grizzard, but only if you ask him to. He hopes you’re impressed. He’s spent many years writing for TV and digital series, including writing episodes for 6 Oscar winners, and writing himself into the casts of two series. You can see him in the kids sitcom “Hotel du Loone,” and two seasons of “Nightcap” (streaming on Hulu) where he was unspeakably lucky to share the screen with Ali Wentworth, Gwyneth Paltrow, Debra Messing, his twin, and a sloth. He’s thrilled that live theater is back, and that his mom can see him do it. 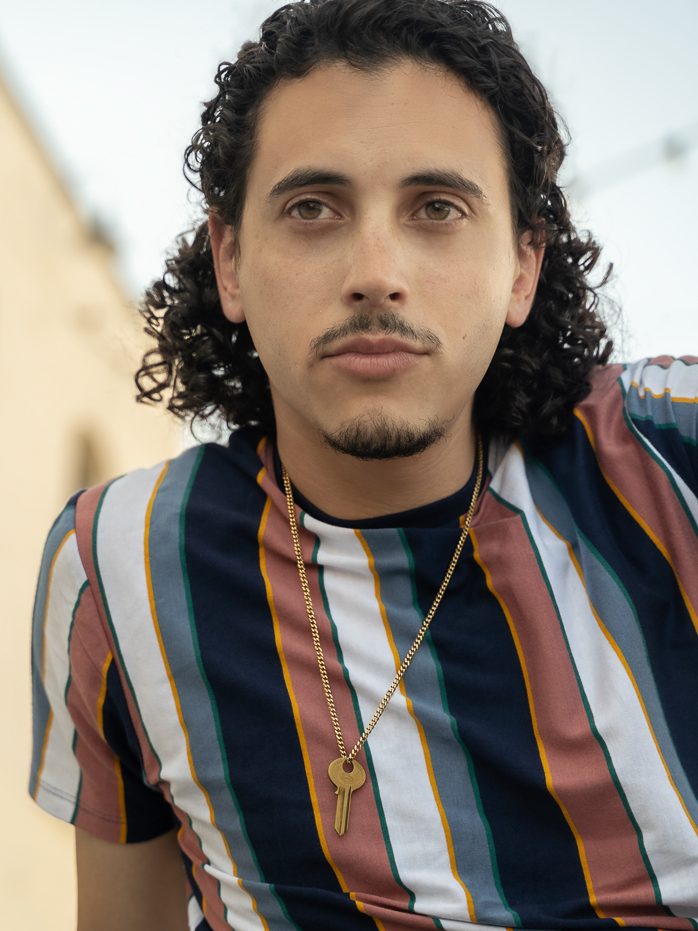 Michael Tyler Jennings is an actor, undercover physicist, and casual goofball. He’s based in New York City but originally hails from the Hudson Valley, just outside the city limits. #Crazyland will mark his debut performance here at Headwall, and with the pandemic slowly coming to a close (fingers crossed) he is ecstatic to be back in the theatre. Most recently he was a semi-finalist at The Secret Theatre’s one act play festival in Queens. He is a core member of the FeatherSouls team and spent his summer producing and starring in their upcoming web-series, “Johnny’s Bar,” which will be making its premier this November. Past acting credits include: Den of Thieves, Comedy of Errors, “The Collector” and “Lucid Dreams.” Jennings is a graduate of Atlantic Acting School where he attended conservatory under Karen Kohlhaas and Anya Saffir, among others. michaeltylerjennings.com 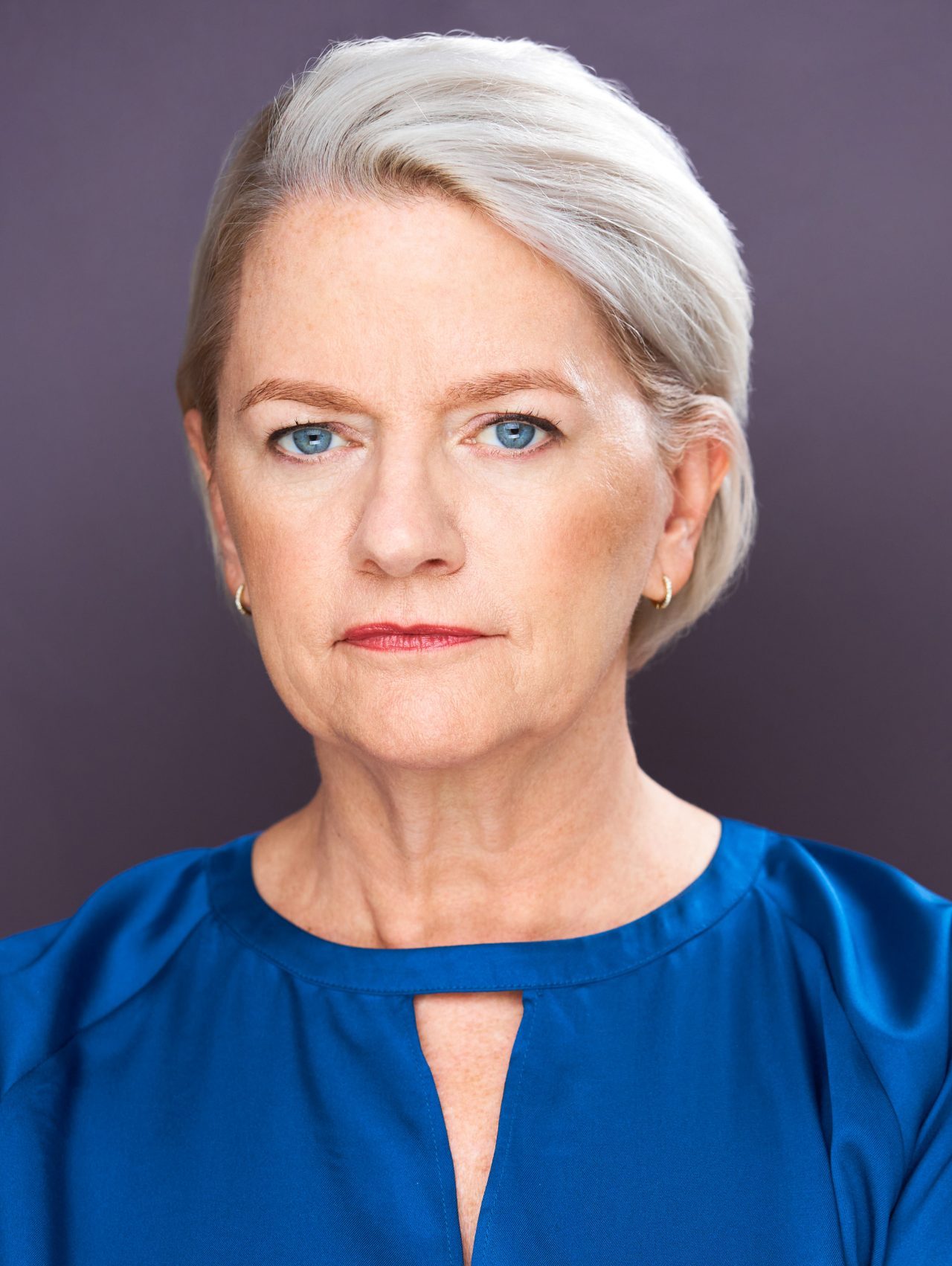 Marianne Goodell trained at The Barrow Group, Playhouse West Brooklyn Lab, and Upright Citizens Brigade. She has worked extensively with Headwall Theatre Company and serves in a leadership position on their staff. Marianne’s favorite roles were Juliana in The Other Place, Polly in Other Desert Cities, and M’Lyn in Steel Magnolias. She has worked with other emerging NY theater companies, including Refracted, Exquisite Corpse Company, and Rattlestick, and for many seasons with the New Short Play Festival. Marianne has appeared in independent films, short films, and several TV series. She wrote and produced several short sketch shows with The Red Lipstick Gang that can be found on their Youtube channel. Her passion is to collaborate with new writers, bringing their work to life on the stage or on Zoom. Marianne is represented by UGA Talent. www.marianne-goodell.com 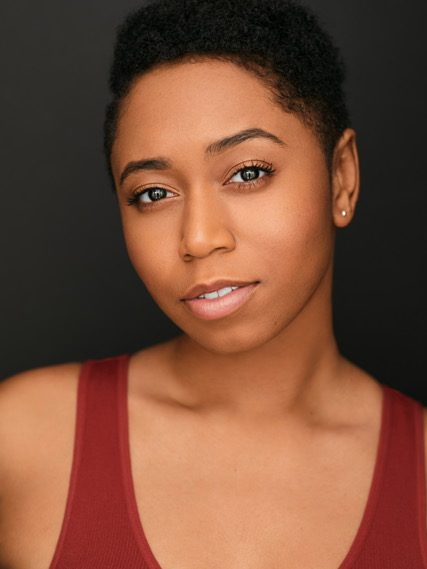 Déjà Anderson-Ross was born and raised in the south suburbs of Chicago, IL. She began her acting career at the age of nine at ETA Creative Arts Center on the south side of Chicago. She has done several films within Chicago such as “Pictures Only” which was screened at PAFF in Los Angeles. She has also worked as a dancer for the film “Chi-Raq” directed by Spike Lee, and has a co-starring role in season 8 of “Chicago Fire.” She has a BA in Theater from Columbia College Chicago and has received her MFA in acting from the Actors Studio Drama School. She hopes to continue to have a successful career in theater, film, and TV. 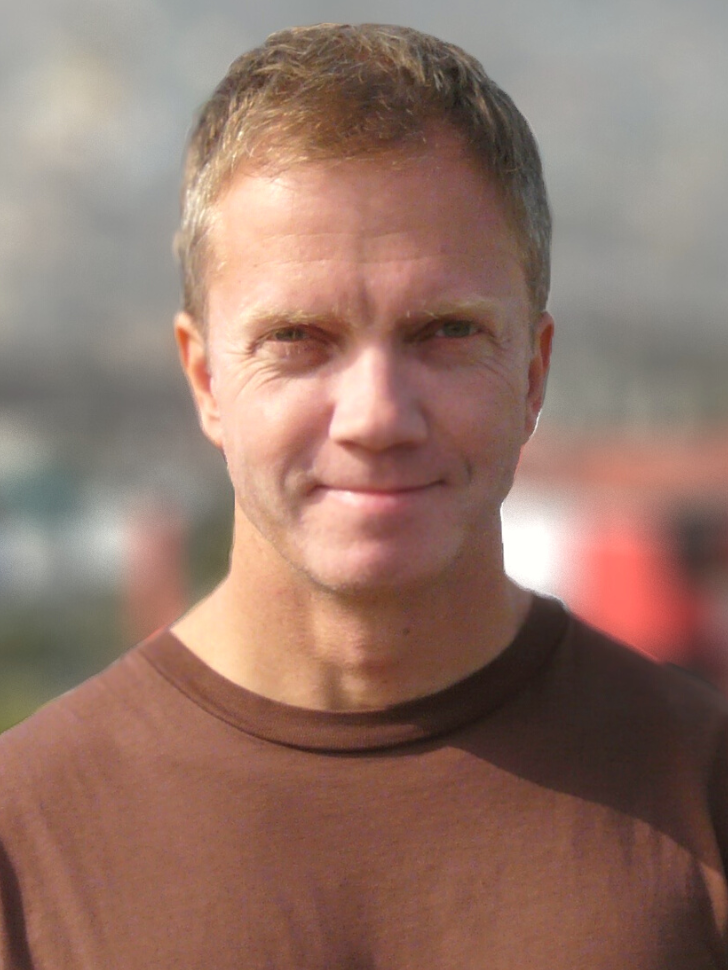 Andrew Marvel’s plays and productions include My Favorite Husbands, produced by GayFest! at Theatre Exile in Philadelphia, and by Actors and Poets Group at The Bridge Theatre in NYC; Grave Robbers and Kissed Off, both at the HB Playwrights Theatre, NYC; and Bridal Shower, produced by the Fresh Fruit Festival NYC, directed by Joshua Lombard. Andrew has directed playwriting workshops for teenagers, and received a residency workshop from HB Studios to develop new work. He holds a BA from Cornell University. 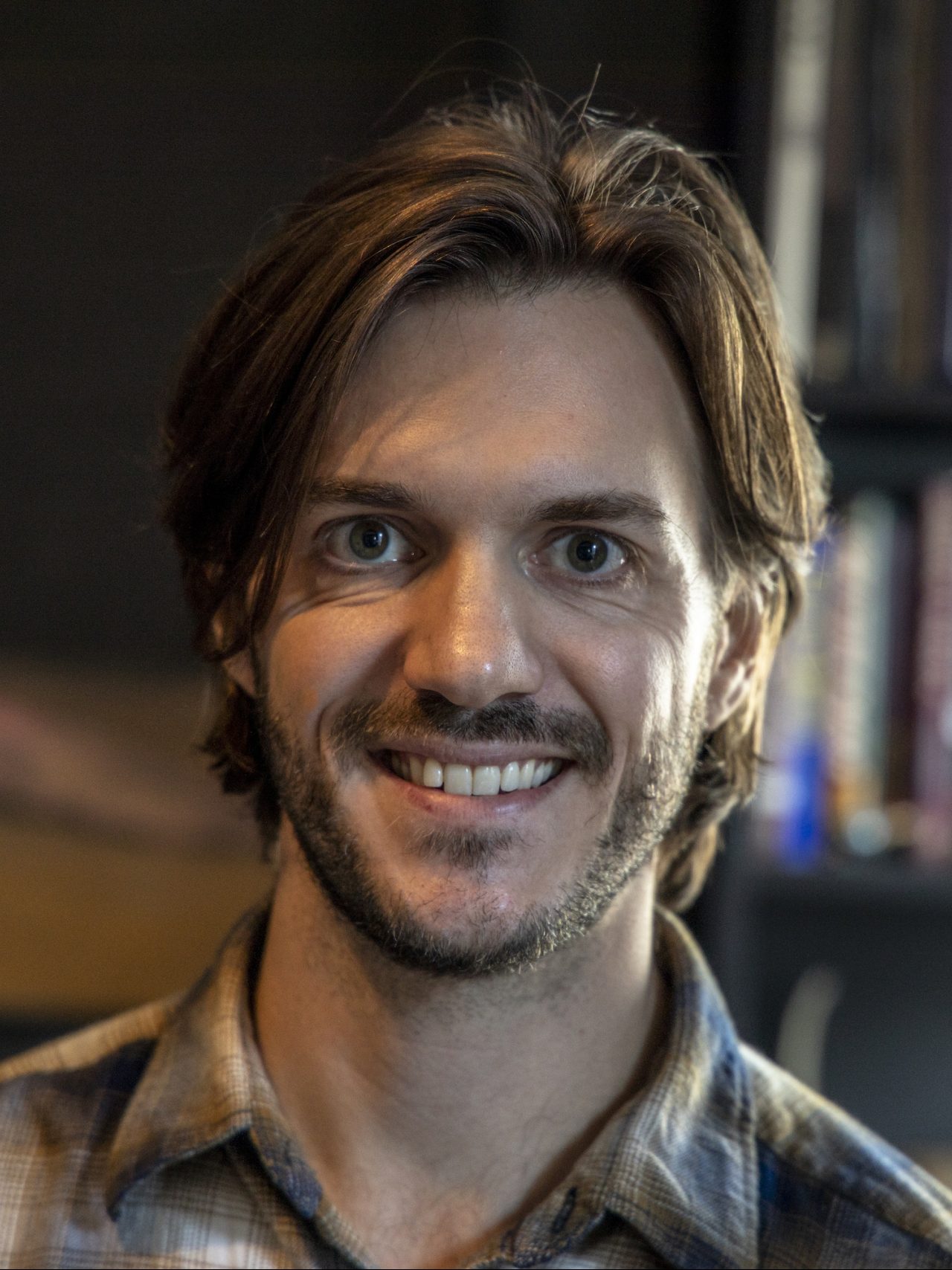